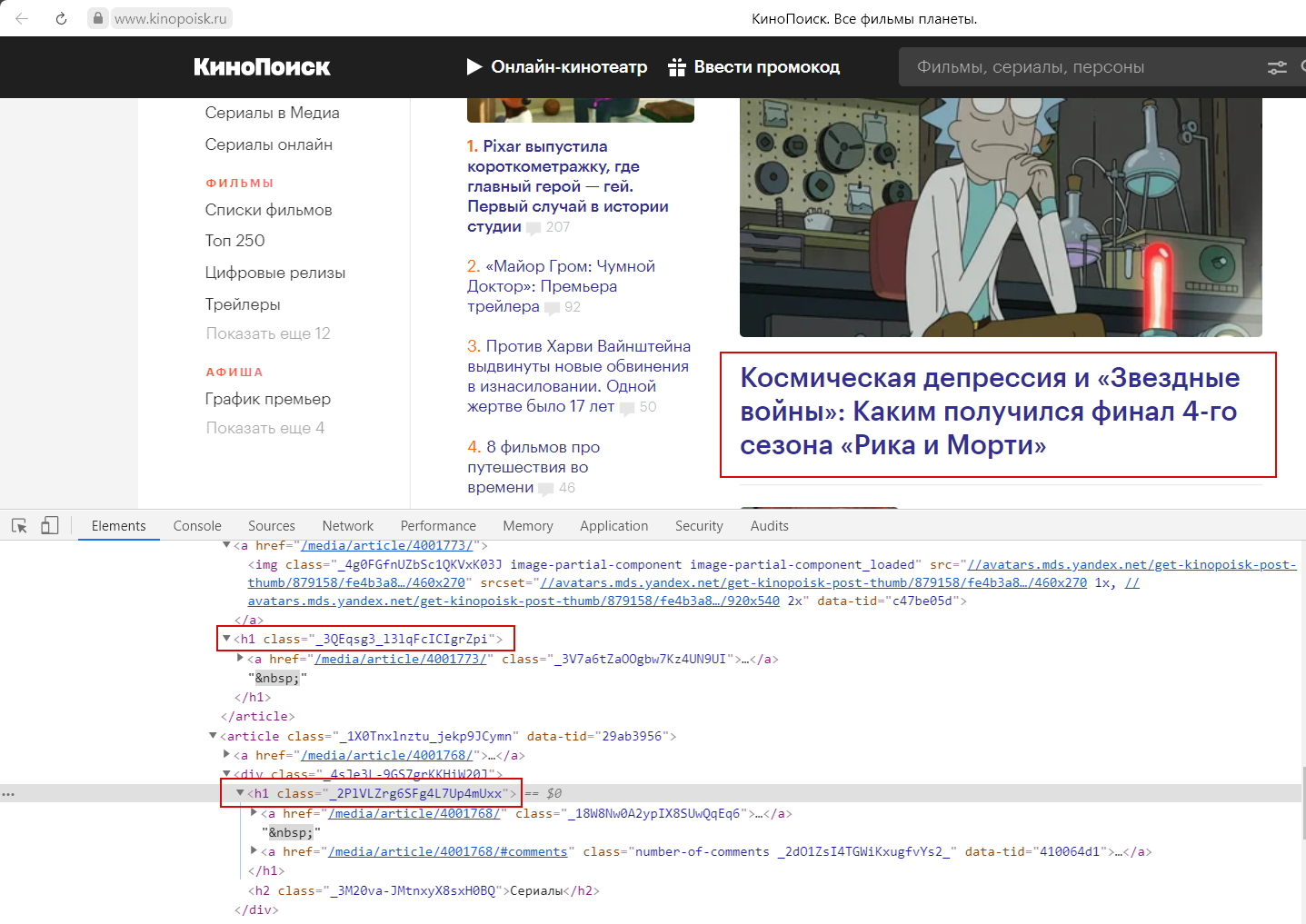 Actually ... I decided to see how best to implement linking from the main page: there is a poster and an article title. Whether to make the entire block of the article a link, or a picture, or the title of the article, or both the poster and the title ... I go to see how this is implemented on the Yandex service - Kinopoisk, they are clearly rummaging around ?! I see 22 H1 elements... My SEO optimization world is just collapsing... Did they lie to me?! All site analysis services and authors of "lessons" from SEO pros on YouTube...

Yes, with the transition to HTML5, this is normal (with reservations) for about 10 years now. The page itself still needs to have its own and only h1 , but if it has blocks <section>and in particular <article>, then they can have their own h1-h6 hierarchy and that's fine.

I always considered it normal and always fought with the SEOs about all h headlines in general. There are semantics, which also have certain rules.


My SEO world is just collapsing... I've been lied to

I think it's just that most SEOs live on old knowledge and don't want to relearn.


I go to see how this is implemented on the service from Yandex - Kinopoisk, are they obviously rummaging around ?!


Of course, they rummage around, they need to highlight the main headings for the search engine, of which there are a whole ton
. On the Yandex site itself, in the same way.
I have version 2, either Yandex cheats with its sites for its own search engine, or it's just the right optimization when important parts of the site are highlighted with 1st level headings.
Report
O
Olegarh1a, 2020-06-02
@Olegarh1a

.You can use h1 tags on the page as often as you want. There is no upper or lower limit."
Later, he also added that the site would rank well with five h1 tags or no h1 tags at all.
According to Muller, H1 headings are good for structuring a page, allowing users and Google to see the main sections at a glance.

It's time to stop watching YouTube sensible people there are only a few
Report
V
Viacheslav Gordeiko, 2020-06-02
@Coral_Reef

Yandex service - "optimize" as they want.
In general, yes - a strange approach.

Probably film search has such a weight that such SEO errors do not particularly affect it in the search results.