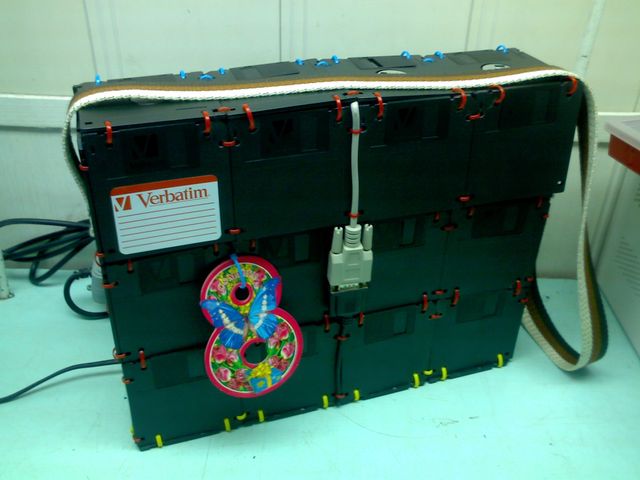 On the eve of the celebration of the international March 8, thoughts were spinning in my head that it would be possible to give a unique and handmade gift.

Daily work at the computer and surfing the "Internet" gradually expanded the possibilities of gifts, but the main idea and the desire to implement it appeared from comments on Habré, in one of the articles about creating bags / boxes from floppy disks and other things.

How everything will happen, flashed in my head, but having started the implementation, improvisation begins.

reposted in "DIY or DIY"
thanks

M. What is the question?