2 switches with cameras do not rise at once?

Good day, there is such a scheme for connecting cameras (Fig. 1). Initially, everything stood and worked super duper, but the subscriber wanted more cameras and had to connect POE Switch and 3 cameras to it, respectively, and the registrar was replaced with more channels, but then there was a problem if you connect the registrar as in (Fig. 1), then the registrar displays cameras only from the first soap box, and if connected as in Fig. 2 then the broadcast is only from the second soap box. On this Mikrotik, on all ports where video surveillance equipment is connected, there is 15 Vlan, the only port on which vlan 255 is the one where the soap dish from the PC is connected. So, who can explain the reason for this anomaly? It is not possible to return the old registrar. The client is quite difficult and asks a lot of questions.

Look, I wasted 3 minutes of my time and a piece of paper. 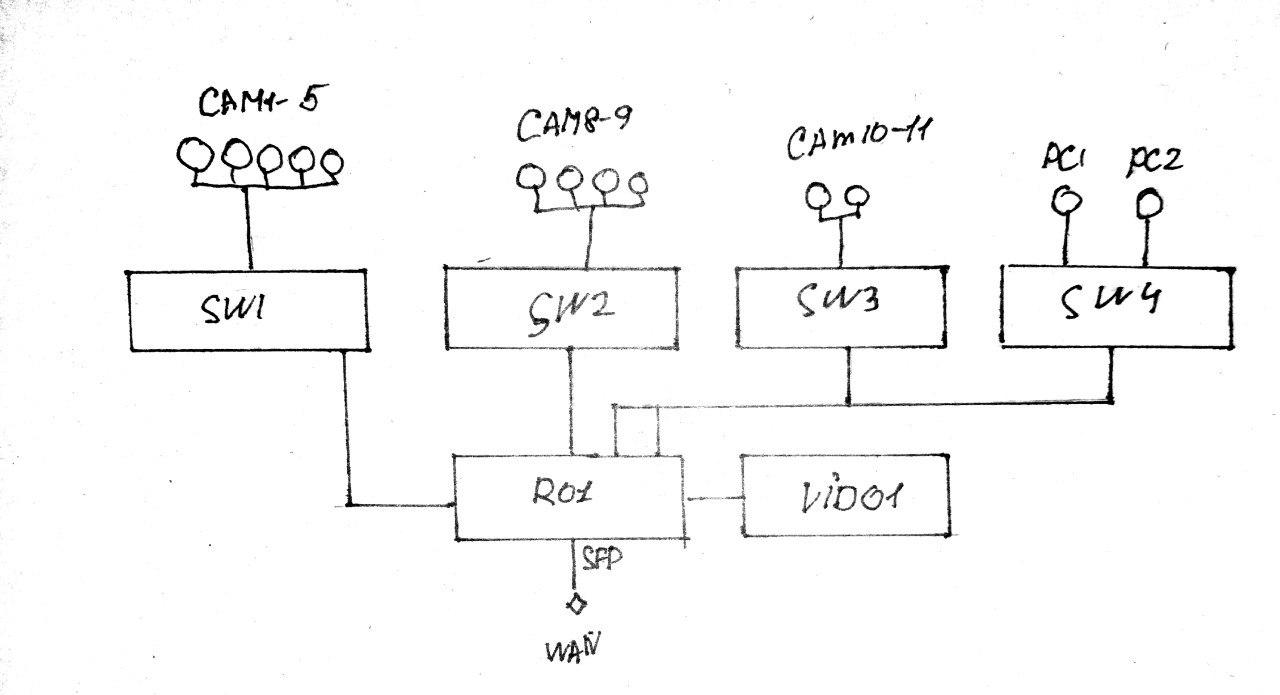